Just when the Republic of Romania is being embarrassed in front of its European Union (E.U.) pals by an impeachment scandal that doesn’t seem particulary first-world and democratic, Transylvanian separatists in the country’s west have risen from the grave to haunt Romanians and to threaten to suck the blood from its aspirations for political stability.
Romania’s interior minister, Mircea Duşa, was obliged to go on record to calm public concerns this week over a new video that surfaced online advocating the violent secession of Transylvania, Romania’s historically ethnic-Hungarian-dominated region.  Duşa called it a matter of concern that should be discussed at high levels, “in view of the cooperation between the Romanian and Hungarian governments and their good ties.”  In the video, a marksmanship training camp, with both adults and children, is combined with the words, “We are from the Székely-Hungarian National Guard [Székely-Magyar Nemzetőrség], designed to liberate Transylvania from Romanian occupation. If you want to join up, seek us at Borzont’s E.M.I. camp.”  (Watch the video here.)

The Székely are the Magyars of Transylvania, considered a part of the Hungarian nation that got stranded by history outside the bounds of the Republic of Hungary.  E.M.I. stands for Erdélyi Magyar Ifjak, or Transylvanian Hungarian Youth, a group with autonomist and sometimes right-wing leanings.  Police have now been ordered to look into who may have uploaded it—possibly from Hungary, Romanian police offer hopefully—and the ethnic-Hungarian (a.k.a. Magyar) youth camp in question has assured the public that they are not training Magyar militias.

Transylvania was run by Hungarian élites during the Austro-Hungarian Empire as part of the empire’s Kingdom of Hungary, but after the First World War the region was reattached to the other two of the three traditional regions of Romania, Wallachia and Moldavia, which had broken free of the Ottoman Empire in the 1870s as the Kingdom of Romania.  At war’s end, ethnic Hungarians outside Hungary proper united as an unrecognized very-brief-lived Banat Republic in what is today Transylvania and the adjacent Vojvodina province of Serbia, to the west.  Banat’s capital was Timişoara, which is the main city in Transylvania and also, incidentally, where, later, the 1989 anti-Communist revolution in Romania was born.  Small patches of territory in eastern Transylvania, called the Székely Land, are today the heartland of what is left of Magyar Romania, where Hungarians, though they are only 6.5% of Romania as a whole, form the majority in two of Romania’s 42 counties.  These counties once formed the core of a larger, Soviet-installed Magyar Autonomous Region within Romania—until the Communist dictator Nicolae Ceauşescu, in a fit of jingoism, erased it in 1968.
There has also been a resurgence of Hungarian ethnonationalism in Vojvodina, just over the border from Transylvania, since the Yugoslav Wars of Succession began in the 1990s.  Kosovo, Serbia’s other “autonomous province,” is now de facto independent and under NATO protection, so Vojvodina’s Magyars, though they have a much smaller population share than Kosovo’s Albanians, are naturally getting ideas themselves.
It is important to keep aware of who these Magyar nationalists in Romania are.  They are not an oppressed group.  They are descended from Transylvania’s former minority élites, who a century ago ruled over a Romanian majority who were treated as second-class citizens.  The Banat Republic experiment was sponsored by ultra-nationalists in Hungary, where jingoists nursed the same grievances of dismembered empire that, in Germany, eventually gave rise to Nazism.  Both Hungary and Romania were Axis power during the Second World War, but Romanians had fewer close cultural and historical ties to Austria, the birthplace of Nazi ideology, than Hungary had, so Romanians were less ardent in their capital-F Fascism.  Romania switched sides near war’s end in 1944 and turned on its former friends, Germany and Hungary.  Hungary stayed on Adolf Hitler’s sinking ship till the bitter end.  Stranded on the east side of the Iron Curtain, Hungarians did not participate in the soul-searching and contrition that came to define post-war Germany; they merely congratulated themselves that their newly imposed ideology, Communism, defeated Hitler in the “Great Patriotic War.” 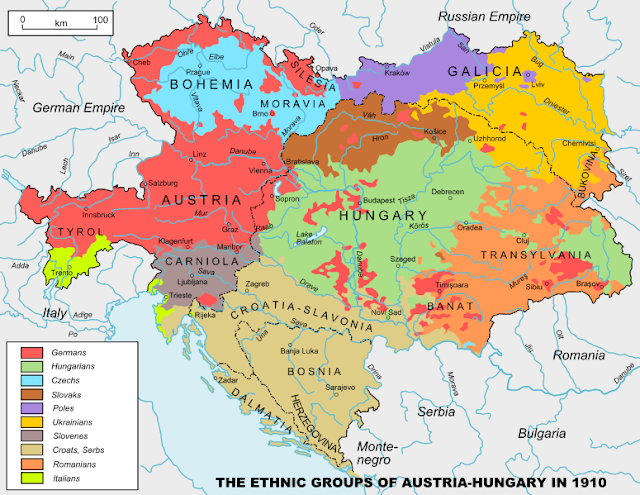 Modern Transylvanian nationalists’ feelings of former empire and historical wrongedness have a whiff of Nazi-style irredentism that is far less pronounced in expressions of Romanian hypernationalism—even when it comes to Romania’s lost province, Moldova.  Sure enough, groups like E.M.I. do not look like a disenfranchised minority struggling to breathe free when they hold their marches.  They wear masks and hoods, their flags feature a swastika-like black-and-white Celtic cross, and they are openly homophobic and anti-Semitic.

Luckily, E.M.I. and their allies are a fringe in Romania, but they are also not as anomalously freakish on the Romanian and Hungarian political landscape as analogous swivel-eyed, foam-flecked neo-fascists and skinheads are in places like Norway or the Netherlands.  Surveys show Hungary itself to be the most intolerant of all modern industrial European democracies.  We can expect that Hungarians stranded bitterly in modern Romania probably score higher than the 63% rate of anti-Semitism that the Anti-Defamation League (A.D.L.) found in Hungary itself in a survey this year.  Romania as a whole is not much better on this score.  Romanians, too, paper over their Nazi past.  It was Romanians and Magyars, not Germans, who decimated the local Jewish population in the Holocaust.  The move to restore King Michael I to the throne after 1989 never gathered momentum, but the 90-year-old royal pretender, exiled today in Switzerland, remains disturbingly popular given that he was friendly with Hitler and Benito Mussolini and didn’t really switch sides until Soviet troops were pouring through Romania’s eastern borders in 1944.  Michael—who last year grudgingly ditched his other title, Prince of Hohenzollern—has been invited to address Romania’s parliament, and surveys show him to be Romanians’ most trusted public figure.  The current, embattled president of Romania, Traian Băsescu, has gone on record saying that he regards Michael’s abandonment of the Axis cause as treason brought about by Soviet bullying.  In 2007 he called a journalist a “dirty Gypsy.”  And none of those comments really hurt him in his current struggles to avoid impeachment (though it is slightly embarrassing that someone videotaped Băsescu at a campaign rally slapping a 10-year-old boy in the face).

So what to make of this new E.M.I. video?  Are there really Magyar paramilitaries training to wage a war of secession against Romania?  Probably not.  The reality is likely one of the following scenarios: either some nationalists in Hungary or in the Székely Land mashed up the video to make a political point, or, perhaps more plausibly, some more progressive Romanian created the clip to embarrass E.M.I. and to alert the public to the disturbing political undertones to some of the expressions of ethnic pride like these youth camps.  We may never know, but if it makes Romania take a harder look at its right-wing Hungarian-nationalist fringe and what it represents, that may be a good thing.

[Also, for those who are wondering, yes, this blog is tied in with a forthcoming book, a sort of encyclopedic atlas to be published by Auslander and Fox under the title Let’s Split! A Complete Guide to Separatist Movements, Independence Struggles, Breakaway Republics, Rebel Provinces, Pseudostates, Puppet States, Tribal Fiefdoms, Micronations, and Do-It-Yourself Countries, from Chiapas to Chechnya and Tibet to Texas.  Look for it in spring 2013.  I will be keeping readers posted of further publication news.]
Posted by Chris Roth at 9:33 AM