The Republic of Somaliland is treated by most of the world as an independent state, and it has functioned as one since 1991, when Somalia—of which it formed the northern third or so, on the Gulf of Aden—collapsed in civil war.  No state has ever formally granted it diplomatic recognition.  But Somaliland may have come a step closer to legitimacy this week as the city of Sheffield, in South Yorkshire in northern England, recognized its sovereignty.

The City Council decided on April 2nd, in an 83-to-2 vote (with one abstention), to recognize Somaliland’s independence.  The resolution called upon “the British government to recognise Somaliland as an independent state and to encourage other governments around the world to do the same.”

Sheffield’s population of a half-million is about 2% sub-Saharan African, including possibly as many as 12,000 ethnic Somalis (many of them Somalilanders).  There has been a Somali community in Sheffield since the 1930s.  Somalilanders in the United Kingdom include prominent figures such as the Olympic track-and-field gold-medallist Mo Farah (profiled two years ago in this blog).

Somaliland’s minister for foreign affairs, Mohamed Bihi Yonis, was on hand for the Sheffield vote, and stated, “Somaliland is a peaceful, democratic nation which has been striving to be recognised by the international community since declaring its independence in 1991.  Sheffield’s decision will help strengthen our campaign for recognition.”

Sheffield is the first significant jurisdiction outside the Horn of Africa to grant Somaliland recognition.  Even though it is legally meaningless, since Sheffield cannot conduct foreign policy, the foreign policy nonetheless may have an effect.  It is a strategy used extensively by the Armenian-American diaspora, for example, which has (as discussed before in this blog) used its large numbers to successfully pressure city councils and state legislatures to pass measures on recognition of the Armenian genocide at Turkey’s hands as a genocide (something the United States government refuses to do; see article from this blog) and granting diplomatic recognition to the Nagorno-Karabakh Republic (N.K.R.), an Armenian—and to some extent Russian—puppet state which the fledgling Republic of Armenia carved out of the Republic of Azerbaijan’s southwestern flank in a bloody war of ethnic cleansing after the collapse of the Soviet Union.  California alone has more Armenians than Armenia itself, and observers estimate that the Armenian-American lobby is the most powerful immigrant-community political lobby in the U.S., exceeded in its influence only by the Jewish (Israeli) and Cuban-expatriate lobbies. 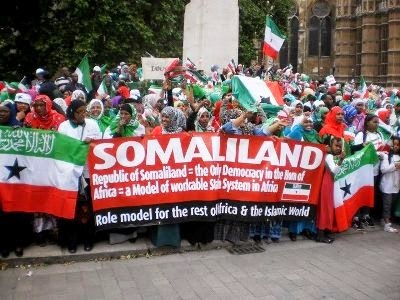 But after Russia annexed Ukraine’s republic of Crimea earlier this month, Armenia became one of only 11 United Nations member-states—alongside brutal regimes like those of Syria, North Korea, Sudan, and Zimbabwe—to side with Russia against a U.N. resolution condemning the annexation.  This has cast Armenian-Americans in a negative—even unpatriotic light—and is an embarrassment to jurisdictions such as the U.S. states of Massachusetts (as reported at the time in this blog) and Rhode Island (ditto), New South Wales in Australia (see article), and most recently the City of Los Angeles, who have supported the N.K.R., a puppet regime not much unlike the Russian one in Crimea that ushered in the annexation.  In fact, many believe the N.K.R. may be the next territory to be formally annexed, either by Armenia or by an expansive Russia.  The post-Crimea world order is also making it difficult for aspirant states like Somaliland to secure recognition, since they inevitably use many of the arguments used so disingenuously by the Russian government in regard to Crimea.

The Sheffield vote on Somaliland may seem like a victory.  But, due to world events, recognition by the international community seems even farther out of reach than it did a month ago.

[For those who are wondering, yes, this blog is tied in with a forthcoming book, a sort of encyclopedic atlas to be published by Auslander and Fox under the title Let’s Split! A Complete Guide to Separatist Movements, Independence Struggles, Breakaway Republics, Rebel Provinces, Pseudostates, Puppet States, Tribal Fiefdoms, Micronations, and Do-It-Yourself Countries, from Chiapas to Chechnya and Tibet to Texas.  Look for it some time in mid 2014.  I will be keeping readers posted of further publication news.]
Posted by Chris Roth at 3:47 PM