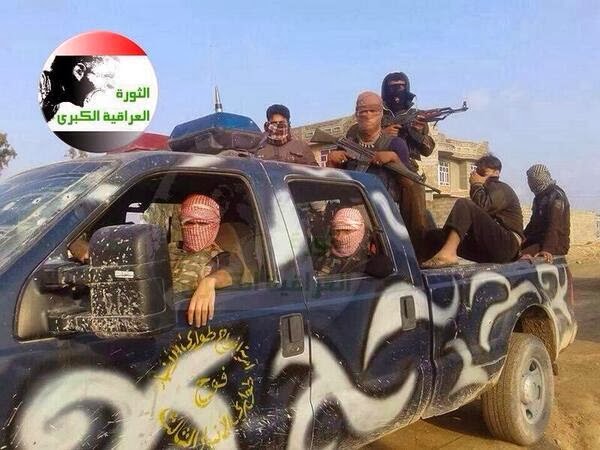 Only a few days old and 2014 is already starting to look like the year that Syria’s civil war bursts its seams and begins spilling over into neighboring countries.  To the west, a series of bombings in Lebanon include some targeting Hezbollah, the powerful Iranian-backed Shiite Arab militia which is allied with the regime in Syria and has long operated as a quasi-state entity in divided Lebanon.  For the first time since the Lebanese civil war wound down in 1990, Sunnis and Shiites are killing each other in serious numbers in a kind of mimickry of the sectarian battle lines in Syria.  But most dramatically this week in western Iraq, a Syrian-based militia called the Islamic State of Iraq and al-Sham (ISIS) has declared the Sunni-Arab-dominated city of Fallujah to be an independent state.

ISIS, which I flagged just a few days ago as one of “Ten Separatist Movements to Watch in 2014,” is an outgrowth of two groups.  First is the Al-Nusra Front (a.k.a. Al-Nusra Brigades), who have for a while now operated as increasingly well organized jihadist fighters ideologically opposed both to the “heretic” Alawite Shi’a regime of Syria’s embattled president, Bashar al-Assad, and to the more moderate Free Syrian Army (F.S.A.) half-heartedly and warily backed by the West and armed by Turkey and others.  (They hate the Kurds too.)  Along with Al-Nusra, ISIS is also formed out of elements from the Islamic State of Iraq (I.S.I.) (a.k.a. al-Qaeda in Iraq), a hard-line Sunni militia founded by Taliban and other jihadist fighters hardened by war in Afghanistan who set up shop in Iraq in the power vacuum created by the United States invasion in 2003.

I.S.I. had never really managed to secure enough territory in the chaos of Iraq’s mid-2000s civil war to advance its dream of a Sunni Arab state separate from the more numerous Arab Shiites who, now that Iraq was a fledgling democracy, were poised to run Iraq.  But by absorbing the Al-Nusra Brigades, they coalesced rapidly into a fighting force efficient enough to capture first Azaz, along Syria’s border with Turkey, which they declared an independent Islamic emirate in September 2013 (as reported on at the time in this blog).  By the middle of December, ISIS and its affiliates had captured a string of other towns in Syria, including Jarabulus, another border town; Al-Bab, near the fiercely contested city of Aleppo; Ar-Raqqah, a northern provincial capital; Shadadeh, in the Kurdish-dominated northeastern province of Al-Hasakah; the Al-Omar Oil Field, on the Euphrates River in Deir ez-Zor province abutting Iraq; Maaloula, far to the south on the outskirts of the national capital, Damascus; and, most daringly, western outposts such as Harem, in Idlib province, and Salma, deep in Alawite-dominated and Assad-friendly Latakia province by the Mediterranean coast.  In Azaz and other communities, ISIS was quick to set up international-border-style roadblocks, hang their ominous black flags, and open schools and other social services which were welcomed, naturally, by devastated, hungry communities pummeled to dust by years of civil war.

ISIS’s reference, in its name, to al-Sham uses an archaic Arabic term referring to, roughly, Syria and Lebanon—sometimes called in English the Levant (thus some call the group the Islamic State of Iraq and the Levant, or ISIL)—and by calling themselves the Islamic State of Iraq and al-Sham, ISIS implied a desire to create a theocracy embracing most or all of Syria–Lebanon and the Sunni-Arab-dominated parts of Iraq.  (Kurds, who rule northern Iraq, are Sunni but for the most part have no use for fundamentalist strains of Islam.)  Consequently, they announced last week that they intended to annex Iraq’s Anbar province after taking over Syria.  Anbar, which covers about a third of Iraq, was the scene of some of the worst fighting in the U.S.-led war in the 2000s, partly because it includes vast oil-rich areas with very little population—territories which could conceivably go to either side if Iraq were to be split into Sunni and Shiite entities.  Fallujah itself was the scene of battles in 2004 where U.S. and allied troops fought street to street battles against I.S.I. and other jihadist militias, with well over 1,000 dead.

Those ambitions seemed quixotic a week ago, almost laughably so.  But Anbar, where Sunni unrest directed at the Shiite-dominated central government never really died down, has been boiling over the past several days, following the arrest of a prominent Sunni leader, Ahmed al-Alwani, in Ramadi on December 28th.  The central government and Sunni negotiators agreed on a partial withdrawal of government forces, but then on January 1st the Iraqi army moved in on Sunni rebel positions in Fallujah, just 40 miles or so west of Baghdad, and in Ramadi, which is Anbar’s capital.  By January 3rd, it was being reported that the Sunni-dominated al-Qaeda group ISIS had taken over all of Fallujah and militants were announcing over loudspeakers at Friday prayers, “We declare Fallujah as an Islamic state, and we call on you to be on our side!”  The complete takeover was confirmed by the governor of Anbar, speaking to reporters by phone from Ramadi, and he also confirmed that parts of Ramadi were al-Qaeda-controlled as well.  ISIS forces have helped themselves to Fallujah police weaponry originally contributed by the U.S. Marines.

Meanwhile, the U.S. State Department says that tribal groups in Iraq are organizing against ISIS and that, in the words of a U.S. spokeswoman, “ We are working with the Iraqi government to support those tribes in every possible way.”  These seem to include member of the Sunni but anti-Qaeda “Awakening Councils,” explicitly organized by the U.S. military during the insurgency and still wielding power.  Other sources say Awakening fighters are showing up on both sides in the fighting.  In any case, Baghdad is not waiting for help on the ground: today government airstrikes on Fallujah were reported.

In a way, this is more of the long-running deep historical rivalries between Sunni and Shi’a communities in the Arab world.  But the Arab Spring revolts have sharpened that conflict, and many of the civil wars and low-level insurgency and demonstrations in Arab countries have become proxy sectarian wars backed by the three regional superpowers: the theologically radical Sunni monarchy Saudi Arabia, the Sunni-majority secular state Turkey, and the Shiite theocracy Iran.  The Sunni–Shi’a conflict is everywhere.  Saudi Arabia’s Sunni royal families represses Shiite Arabs along the Persian Gulf; a Sunni minority monarchy barely prevented a majority-Shiite uprising in Bahrain in 2011; predominantly Sunni southern Yemenis are fighting a war of secession from formerly partitioned Yemen; the removal of Saddam Hussein shifted power from Sunnis to Shiites in Iraq in 2003, while Sunni Arabs in southwestern Iran wage a low-level insurgency against the government; in Turkey, official state secularism and weak democratic institutions lead to knuckling down on the activities of Shiite minorities like the Alawites and the Alevis, who include many Kurds; Lebanon is a powder-keg with a fragile constitutional power-sharing arrangement between Druze, Shiites, Christians, and Sunnis, with Shiites by far the best armed and organized; and the Syrian civil war is essentially a majority-Sunni revolt against a Shi’a minority dictatorship. 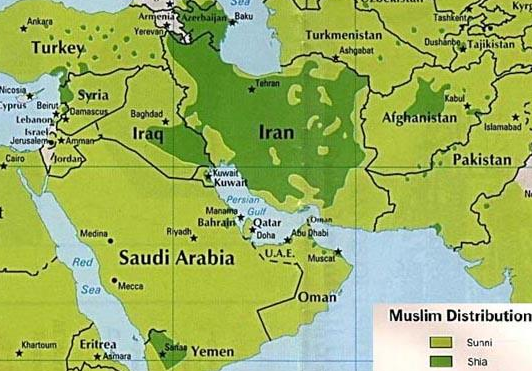 January 2014 may be looked back on as the tipping point, when the civil war in Syria could no longer be contained and became a more general regional war, embracing and weaving together numerous smaller wars in the Middle East.  In the middle of it all, al-Qaeda is building a network of “emirates” which it is using to found a theocratic, terrorist state, across borders, in the heart of the Arab world.  Unless the Iraqi government can somehow regain control.  The next few days will tell.