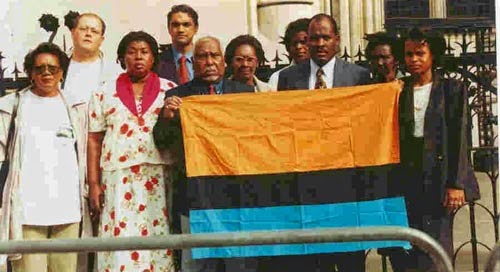 All things being equal, the people of the Chagos Islands in the central Indian Ocean are due a lot of sympathy, and the British are for the most part a sympathetic, hospitable lot.  The Îlois or Chagossian people, who are of mostly African descent, were removed from their remote homeland in the late 1960s and early ’70s to make way for a massive United States, United Kingdom, and NATO air base that is a keystone of Western air capability for Middle Eastern and African conflicts, most of it on the large Chagossian island of Diego Garcia.  For decades, about half the 3,000-strong Chagossian nation has lived in exile in the village of Crawley, in Sussex, England, and this diaspora has become more and more politicized, demanding a chance to resettle in the cluster of atolls that they regard as home.  Only just last year (as reported at the time in this blog) did the U.K. government seem to give in, promising to  “study” the “feasibility” of resettling the Chagossians in what is now, formally, the British Indian Ocean Territory (B.I.O.T.). 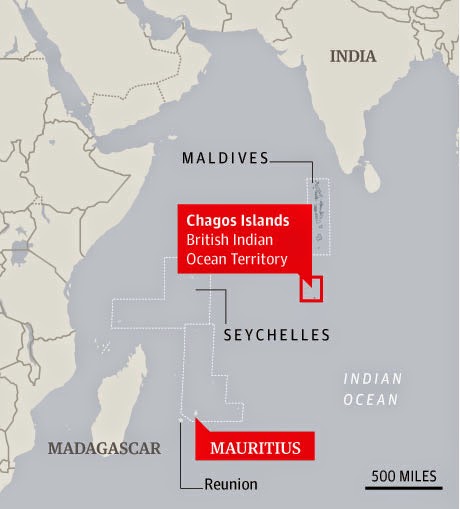 It is hard not to side with the Chagossians.  Whatever the usefulness of the military base, their rights were violated, and they are a landless people.  From a human-rights perspective, it is an open-and-shut case, and most British tend to agree.

But that is about to end.  The president of the Chagos Refugees Group (C.R.G.), Olivier Bancoult, told Argentinian media last week that his people’s cause had a natural ally in that of Argentinians who want the Falkland Islands in the South Atlantic to come under Argentina’s sovereignty.  “We can join forces with Argentina,” Bancoult said to the Argentine news service Télam.  “The day will come when all those responsible are going to have to answer for the crimes against humanity which they committed.” 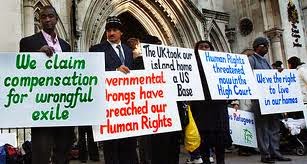 Argentina invaded the Falklands in 1982 and ended up soundly defeated in the subsequent war with the U.K.  The Falklands, which have no indigenous people, has never had a permanent Argentinian population, though it was claimed by a Connecticut naval mercenary in 1820 on behalf of Argentina’s predecessor state, the United Provinces of the Río de la Plata.  Argentina’s persistence in pressing its claim—now only in legal and political fora—is wildly popular throughout Latin America (even Pope Francis backs the claim!), despite the fact that there is no real argument behind it except proximity (even weaker than Russia’s argument for annexing Crimea).  A referendum in the Falklands on the islands’ status a year ago came out with 1,513 votes to keep the current status—a self-governing territory of the U.K.—and only 3 votes against. 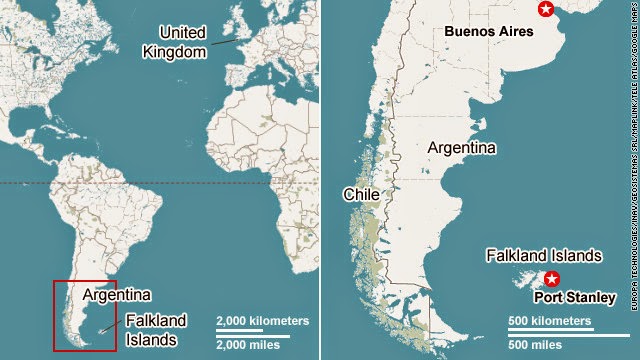 It seems fairly likely that the Argentine administration of President Cristina Fernández de Kirchner were the ones who had the idea of linking the Chagossian and neo-Perónist Falklands-annexation causes.  This wouldn’t be the first time Argentina has tried to scare up allies among groups who see Britain as a colonizing aggressor.  Last year, Buenos Aires tried to get separatists in Scotland on its side.  Part of this plan was a hope that the presence of a large ethnic-Welsh population in Argentina’s Chubut province, in Patagonia, could strum the harp strings of Scottish feelings of pan-Celtic unity.  But this was a misjudgement: Scots and Welsh people died defending the Falklands from Argentine aggression too.  Even the anti-Westminster nationalists north of Hadrian’s Wall were insulted by the Argentine suggestion.

The Chagossians will find that they have misjudged as well.  What Argentina tried to do the Falklanders in the 1980s is exactly what the British did to the Chagossians in the ’60s and ’70s.  The British realize that.  They may think twice before giving the Chagossians’ very legitimate grievances a hearing again. 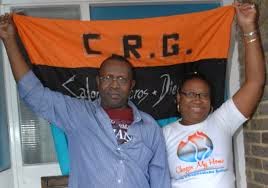 Bancoult, the C.R.G. president, does not live in Crawley, but in Mauritius, an Indian Ocean island nation where most of the rest of the Chagossian diaspora lives and which, awkwardly, also claims the B.I.O.T. as its own.  I hope Bancoult likes it in Mauritius: after making the serious blunder of pandering to a nation still seen as a fierce enemy of the British people, he may not be going home any time soon.

[For those who are wondering, yes, this blog is tied in with a forthcoming book, a sort of encyclopedic atlas to be published by Auslander and Fox under the title Let’s Split! A Complete Guide to Separatist Movements, Independence Struggles, Breakaway Republics, Rebel Provinces, Pseudostates, Puppet States, Tribal Fiefdoms, Micronations, and Do-It-Yourself Countries, from Chiapas to Chechnya and Tibet to Texas.  Look for it some time in mid 2014.  I will be keeping readers posted of further publication news.]
Posted by Chris Roth at 6:12 AM