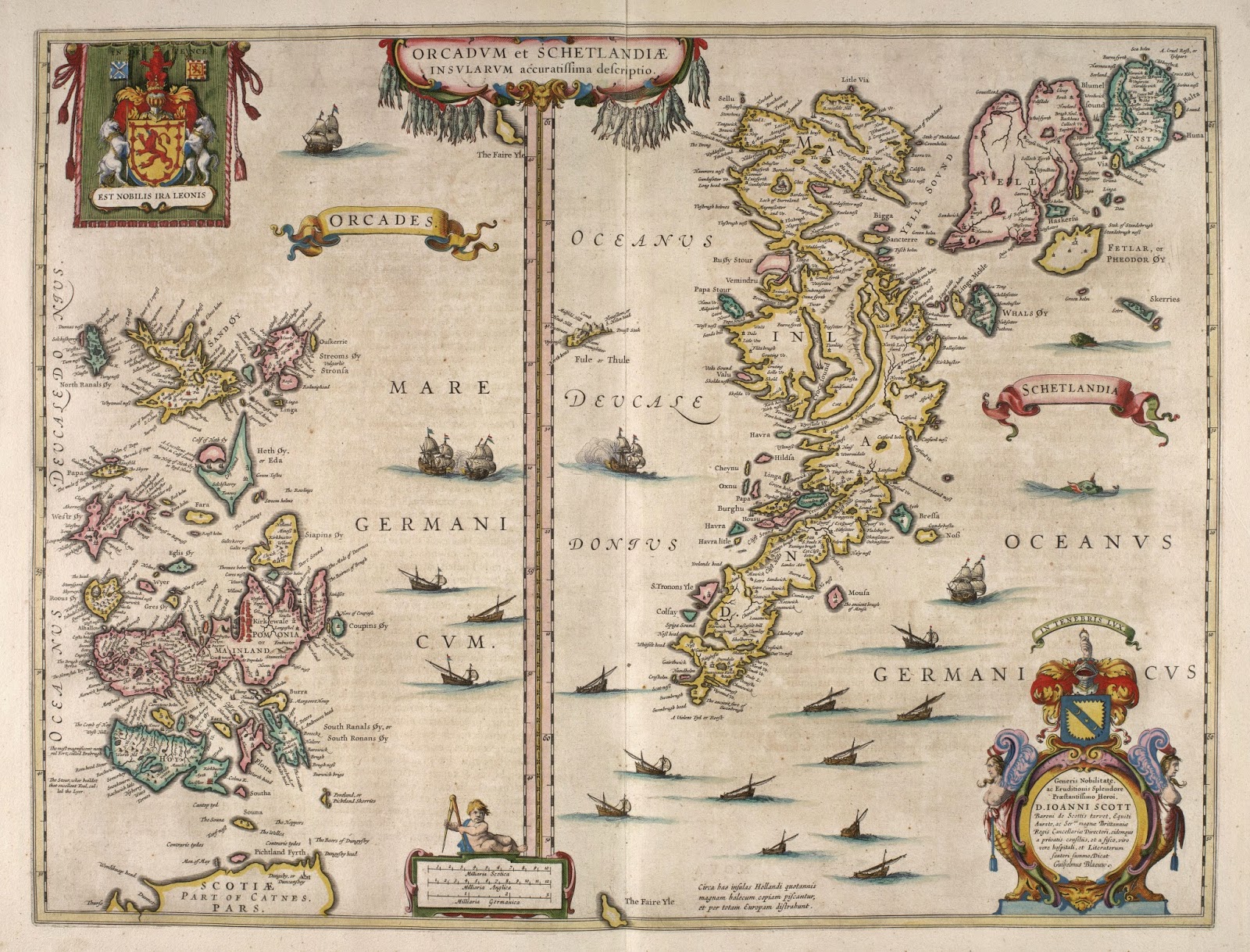 The Northern Isles of Scotland—the territories of Shetland and Orkney—have in this year of the Scottish independence referendum shown themselves to be mostly strident unionists.  They want to stay in the United Kingdom.  This they share in common with many Highlanders, since Scottish separatism is mainly a phenomenon of the more densely populated lowlands, where Glasgow and Edinburgh are.  But, even though the two archipelagoes are expected to be strongholds of the “no” vote in the September 18th vote, Orcadians and Shetlanders are apparently even less keen on another idea: “annexation” by the U.K. in case of a Scottish secession.

This suggestion was raised by Hugh Halcro-Johnson, a unionist (i.e., he is against Scottish independence) who headed the Orkney Islands Council until 2003.  He feels that if Scotland splits away, Shetland and Orkney should petition, separately or together, to rejoin the U.K., in a kind of “retrocession” movement (like West Virginia during the Civil War in the United States, or like Anglophone portions of Canada’s sometimes secessionist Quebec province).  As Halcro-Johnson told a reporter earlier this month, “Should Scotland vote ‘yes’ then everything changes.  I think that scenario would provide an opportunity for the islands to seek special status—particularly in relation to defense in view of the islands’ strategic importance.”  Unionists have typically invoked fears that a Scottish secession would compromise British security.  Halcro-Johnson is also, of course, mindful of the irony that an independent Scotland’s territorial waters would include most of the U.K.’s current lucrative North Sea oil reserves—with most of it being in the territorial waters of jurisdictions that want to stay in the U.K.

But local leaders in the Northern Isles have solidly rejected the idea.  As Gary Robinson of the Shetland Islands Council put it, “We seek to benefit from the exploitation of the resources surrounding our islands by way of community benefit and more control over what happens around us.  I haven’t detected any overwhelming desire for outright independence for the islands or crown dependency status.”  Crown dependency is the status held today by the Isle of Man and the Channel Islands of Jersey and Guernsey, which are under U.K. suzerainty and military protection but fully self-governing; they are not really parts of the U.K. but independent states in free association with it.  Crown dependencies set up in Shetland and Orkney would raise the question: why not just go the extra mile and be independent?  Full-on independentism is barely existent in the islands, however; the islanders prefer to be part of something.

Not surprisingly, Scottish separatists pooh-pooh the annexation idea too.  Robert Leslie, the “Scotland Yes” campaign’s chairman for Orkney, said Halcro-Johnston’s proposal was “not surprising coming from a movement that is determined to defend the privileges currently enjoyed by the political and business elite in the U.K.”

So what do Shetlanders and Orcadians want?  Well, the referendum result is largely out of their hands; the islanders, numbering fewer than 40,000, are less than 1% of Scotland’s population.  But they are for the most part determined to parlay either a “yes” or a “no” vote in September into a conversation that leads to reforms that will give them greater autonomy—including control over, and remuneration from, their energy resources.  (See my article on this subject from this blog, “Orkney—the Next Dubai? Further Reflections on Scottish Independence.”)  These are a steely lot: their ancestors were Vikings, not Celts, and their culture is in many ways more Scandinavian than Anglo-Saxon.  Geographically, the islands are closer to Oslo, Norway, than to London—and closer to Bergen, Norway, than even to Edinburgh or Glasgow.

It should also be mentioned that is not only those in the British Isles who are watching the Scottish referendum campaign closely.  The above quotations come mostly from a report filed from Orkney by a reporter for R.I.A. Novosti, Russia’s state news agency, which of late has been a geyser blasting forth shrill and often wildly inventive propaganda about the conflict in Ukraine.  This coverage routinely shines a spotlight on western Europe’s separatist troubles, in places like Catalonia, northern Italy, and of course Scotland, mostly as a way to show that NATO supports separatism only when it is convenient.  Fair enough, and it is true of most world leaders, of course, not least President Vladimir Putin, who bombed Chechnya into the stone age to keep it part of Russia but now pays lip service to Crimeans’ and eastern Ukrainians’ sacred right to binding secession referenda.

There is an exception, though.  Around the world, it is hard to find a country that, as much as the United Kingdom, supports separatism even when it is not convenient.  Once the largest empire in the world, swallowing up massive civilizations in India, Africa, and elsewhere, the U.K. is, with astounding maturity, committed to holding on to no territory against the majority will of its citizens, whether it is Hong Kong, the Falkland Islands, Gibraltar, Northern Ireland, or Scotland.  The world—and the neighborhood of Russia in particular—would be a better place if everyone settled their borders as the English and Scottish are finally able to do, with words, arguments, and an orderly vote. 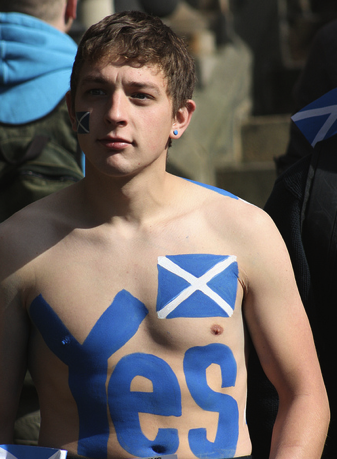 [For those who are wondering, yes, this blog is tied in with a forthcoming book, a sort of encyclopedic atlas to be published by Auslander and Fox under the title Let’s Split! A Complete Guide to Separatist Movements, Independence Struggles, Breakaway Republics, Rebel Provinces, Pseudostates, Puppet States, Tribal Fiefdoms, Micronations, and Do-It-Yourself Countries, from Chiapas to Chechnya and Tibet to Texas.  Look for it some time in 2014.  I will be keeping readers posted of further publication news.]
Posted by Chris Roth at 1:56 PM