UPDATE ON THE LATEST SEPARATIST, ETHNONATIONALIST, AND SILLY-NATIONALIST MOMENTS AT THE LONDON OLYMPICS 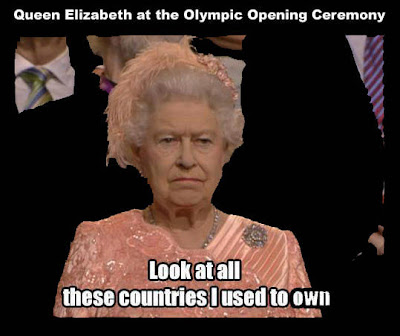 Olympic Rules Indulge Arab Refusal to Practice Next to, Let Alone Compete with, Israelis.  Olympics organizers continue to indulge some Muslim countries’ refusal to allow their teams to compete against athletes from Israel.  Iran is one such country, but the only Iranian athlete in a sport in which Israel is also competing, Javad Mahjoub, a judo competitor, stayed home with a stomach problem (a very convincing alibi).  Meanwhile, Lebanon’s judo team (what is it with the Middle East and judo?) even refused to practice on the same mat as Israelis, so organizers provided a screen—presumably so that the Lebanese would not have to look at any Jews.  (One Israeli official quipped, “What?  They can’t see us, but they will smell us.”)  You would think that having members of an ethnic group that one despises within one’s field of vision would help one chop cinder blocks or skulls or whatever it is they do in judo more aggressively and energetically—but then what do I know.  In this blogger’s opinion, the Lebanese team should have been sent home and then banned from the next Olympics.  This sort of thing goes part of the way toward explaining why no predominantly Muslim country has yet hosted an Olympics.  (Lebanon’s one of the more progressive ones!)  Though if Kurdistan becomes independent, it will probably be the most sexually egalitarian, comfortably secular, and Israel-friendly state in the Muslim world.  Istanbul, Madrid, and Tokyo are the three candidates for the 2020 Summer Games.  I say give it to Diyarbakir. 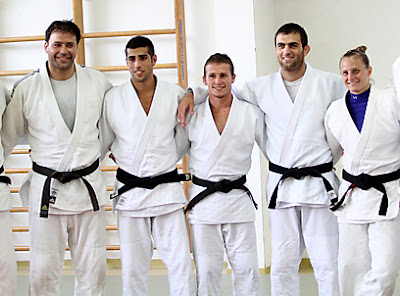 Israel’s judo team—honestly, they’re not that bad to look at.

Meanwhile, Fabien Gilot, a Jewish member of France’s gold-medal-winning swim team, offered a riposte to the I.O.C.’s controversial decision to disallow a moment of silence during the opening ceremonies for the Israeli athletes killed by Palestinian terrorists at the 1972 Munich games.  He showed his arm tattoo, which (Leviticus 19:28 notwithstanding) featured the words, “I am nothing without them”—a tribute, he explained, to his step-grandfather Max Goldschmidt, a survivor of Auschwitz. 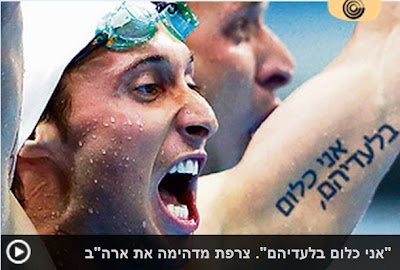 Ukrainian Feminist Activists Protest Islamic Misogyny on Tower Bridge.  Members of Ukraine’s guerilla-activist feminist collective Femen—who made news July 26th when a member accosted Patriarch Kirill I, head of the Russian Orthodox Church, at Kyiv’s airport to call attention to Russia’s fem-punk-rockers turned political prisoners, Pussy Riot—have now invaded the Olympic Games in London.  The target of their protest August 2nd was the International Olympic Committee’s perceived coddling of misogynistic Islamist regimes such as those of Saudi Arabia (which, until the kingdom loosened up this year, the I.O.C. indulged in its ban on female athletes) and Iran.  (See above article for another example.) 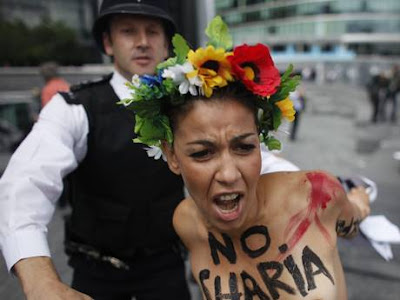 Femen argues (for example, on its Facebook page) that regimes which oppress women should be banned from the Games. At an earlier protest in France, Femen activists made a related point.

Femen activists marched along London’s Tower Bridge topless with words like “Shame” written on their bodies, until policemen, failing to cover them up with coats, hustled them into paddywagons and took them away.  And now we can breathe a sigh of relief because the United Kingdom is safe once again, the Queen is on her throne, and all’s right with the world. 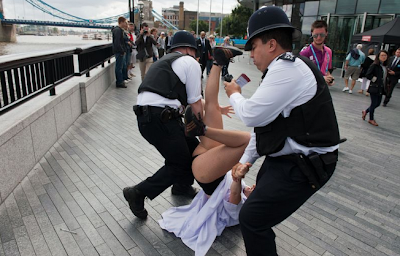 Bobbies versus boobies.  No, it’s not an episode of The Benny Hill Show.

Nor is this Femen’s first foray into the Olympic arena.  Last year, nude Femen activists demonstrated in front of Kyiv’s Olympic Stadium during the Euro 2012 championships to protest the advocacy of the decriminalization of prostitution in Ukraine by the Union of European Football Associations (UEFA). 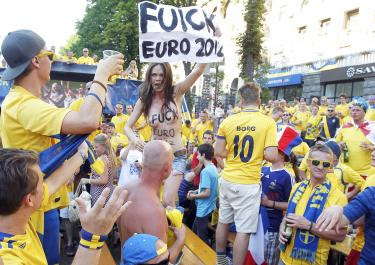 3 Sudanese Runners Defect in England after Failing to Qualify for Olympics.  The Republic of Sudan’s Olympic Mission in London announced July 31st that three of its athletes, all of them runners, have applied for political asylum in the United Kingdom.  The three traveled to the North Yorkshire town of Middlesbrough, England, on June 15th for training but did not qualify for the Games.  The athletes are Al-Nazeer Abdul Gadir, Sadam Hussein, and Osman Yahya Omar.  (As he moves forward toward U.K. citizenship, someone might want to recommend a name change for Sadam Hussein.)  Elfatih Abelaal, head of the Sudanese Olympic mission, Darfuri rebels and “communists” for influencing the athletes’ decision.  It couldn’t possibly be the fact that their own government is currently mowing down protesters with sniper fire and sentencing adulteresses to death by stoning.  No, it must be communist brainwashing. 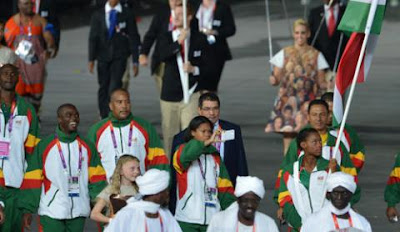 The Sudanese Olympic team is shrinking almost as fast as Sudanese territory.

Kashmiri Separatists Bring Message to London Games.  Members of the Jammu and Kashmir Liberation Front (J.K.L.F.), a group seeking independence for the Republic of India’s only predominantly-Muslim territory, on August 2nd launched a month-long “Torch of Peace” publicity campaign at the London Olympics, with banners and other demonstrations. The J.K.L.F.’s leader, Yasin Malik, said in Srinagar, Kashmir’s capital, “The statistics about the martyred and disappeared persons will travel throughout the Olympic valley highlighting the Kashmir issue and human rights violations being committed on the Kashmiri people by the Indian army and forces.”  Unlike some other Kashmiri separatists, which want to reattach Kashmir to Pakistan, the J.K.L.F. seeks independence for all of Jammu and Kashmir from its two occupying forces, India and Pakistan. 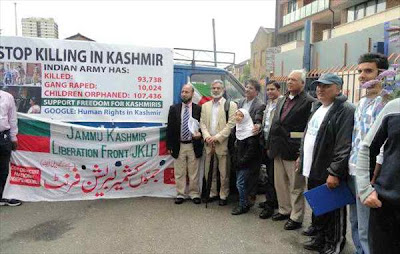 Kashmiris bring their message to London.

[Also, for those who are wondering, yes, this blog is tied in with a forthcoming book, a sort of encyclopedic atlas to be published by Auslander and Fox under the title Let’s Split! A Complete Guide to Separatist Movements, Independence Struggles, Breakaway Republics, Rebel Provinces, Pseudostates, Puppet States, Tribal Fiefdoms, Micronations, and Do-It-Yourself Countries, from Chiapas to Chechnya and Tibet to Texas.  Look for it in spring 2013.  I will be keeping readers posted of further publication news.]
Posted by Chris Roth at 6:36 PM