Russell Means, the Lakota Sioux political activist, separatist leader, actor, author, and even United States presidential aspirant, died October 22nd at his home on the Pine Ridge Indian Reservation in South Dakota, at the age of 72.

Born on Pine Ridge in 1939, he grew up in California and in the late 1960s and early ’70s gained prominence as an early member and leader of the American Indian Movement (A.I.M.), the premier voice of the “Red Power” movement.  He was a central figure, along with Leonard Peltier and Dennis Banks, in actions such as the Trail of Broken Treaties, the occupation of the Bureau of Indian Affairs (B.I.A.) offices in Washington, D.C., and, in 1973, the months-long occupation of wounded Knee, South Dakota, which riveted the nation and became the most important act of American Indian resistance in the 20th century.  In it, an Independent Oglala Nation was declared and protesters demanded that the U.S. adhere to treaties which, if adhered to, would create a gigantic autonomous region for Sioux people in the northern Plains.  Two people were killed, and President Richard Nixon suppressed the uprising with the military, the only time since the Civil War that the U.S. military has used violence against U.S. citizens on U.S. territory. 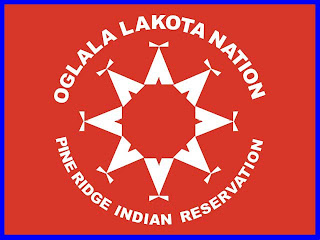 Means confounded categories of political left and right.  Though he railed against American imperialism, he also cooperated with Ronald Reagan’s administration in documenting atrocities against Miskito Indians to demonize the Communist dictatorship in Nicaragua, and in 1987 he ran for president on the Libertarian Party ticket, losing the nomination to Ron Paul, then an unknown.    He saw parallels between the libertarian cause and the Indian one, saying at one point, “So Indian policy has become institutionalized and the result has been that American people have become more dependent on government and that the American people have become more dependent on corporations.”


In 1992 he played Chingachgook opposite Daniel Day-Lewis’s Hawkeye in The Last of the Mohicans, and he also appeared in Oliver Stone’s Natural Born Killers and in numerous other roles in film and television.  His 1995 autobiography Where White Men Fear to Tread was a best-seller.

[Also, for those who are wondering, yes, this blog is tied in with a forthcoming book, a sort of encyclopedic atlas to be published by Auslander and Fox under the title Let’s Split! A Complete Guide to Separatist Movements, Independence Struggles, Breakaway Republics, Rebel Provinces, Pseudostates, Puppet States, Tribal Fiefdoms, Micronations, and Do-It-Yourself Countries, from Chiapas to Chechnya and Tibet to Texas.  Look for it in spring 2013.  I will be keeping readers posted of further publication news.]
Posted by Chris Roth at 8:48 AM