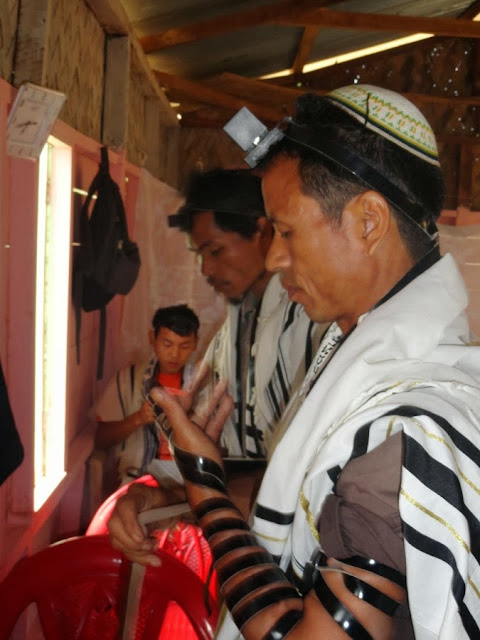 The State of Israel this month agreed to allow 899 members of a small ethnic group on India’s border with Burma (Myanmar) to immigrate under the constitutional provision for the “right of return” for any Jews.  The Indians, who call themselves the Bnei Menashe, are a few thousand members of a larger ethnolinguistic group called the Kuki, from around the far-eastern state of Manipur, who are related to the Mizo people of neighboring Mizoram state and the Chin people just over the border in Burma.

Also called the Lushai or Hmar, the Kuki–Chin–Mizo speak a language related to Burmese and Tibetan and are East Asian in their ethnic appearance, but Kuki oral traditions tell of descent from the Tribe of Manasseh, one of the Lost Tribes of Israel.  Scholars investigating the claims find some of the preserved stories and rituals to be too similar to ancient Judaism to be coincidental.  Genomic data have been inconclusive, as opposed to the well-documented diasporas among the Lemba of the South Africa–Zimbabwe border region or the Falashas of Ethiopia.  (See an earlier article from this blog on Jewish diaspora theories in the Americas.)  Also, researchers point out that meriting the migration tale does not necessarily mean that all Kukis are of Jewish descent.  A migration of Manasseh tribespeople centuries or millennia ago to what is now eastern India could have deposited cultural traditions which took hold, with their descendants in the group remaining more limited in number.

However, that is good enough for the Shevai Israel organization, which advocates for immigration of far-flung branches of the Jewish family, and clearly also for the Israeli government.  Indeed, there are already about 2,000 Bnei Menashe Indians in Israel.  But controversy plagues state relations at both ends of this migratory path.  In India, delegations from Israel have run afoul of Indian laws banning the conversion of populations of people from one faith to another (a legacy of India’s delicate relations between Hindus and Muslims, dating to partition and earlier).  Meanwhile, in Israel, the government has been accused of exploiting Kuki–Chin–Mizo migrants by settling them en masse in occupied parts of the West Bank and (formerly) Gaza Strip, in territories nearly two-thirds of the world’s countries recognize as a sovereign State of Palestine.  At one point, they were even the largest immigrant population in Gaza (though Menasseh’s territory, according to the Old Testament, is farther north, incluiding Tel Aviv, the Golan Heights, and parts of the west and east banks of the Jordan River).  To add insult to injury, some Kuki–Chin–Mizo Israelis in occupied territories had their homes dismantled by Prime Minister Ariel Sharon’s government in 2005. 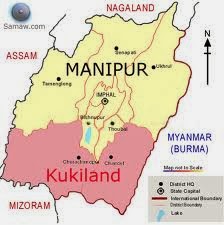 Back in Asia, most Kuki–Chin–Mizo consider themselves distinct, and oppressed, even though far from all identify as Jewish (most are Presbyterian, a few Muslim or Hindu, while some follow local religions).  Kukis want to carve out about half of Manipur state as a separate Kukiland state; this campaign has reignited in recent months after New Delhi’s decision in July to allow the Telugu nationality to split from Andhra Pradesh state as a separate state within India called Telangana (as discussed at the time in this blog).  Some Kukis even hanker for an independent “Greater Kukiland” called Zale’n-gam.  Rebels from the Mizo, who, as their name suggests, form a majority in Mizoram state, have been fighting for secession since the 1960s.  And the Chin are among several nationalities that have been fighting for autonomy and independence from Burma since the country’s founding dictatorship, in the 1940s, reneged on promises of federalism (as discussed in an earlier article in this blog). 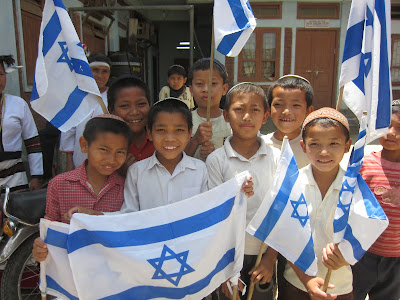 Note: Those wishing to learn more about the Kuki–Chin–Mizo and their relationship to Judaism could do worse than to read Hillel Halkin’s excellent 2002 book Across the Sabbath River: In Search of a Lost Tribe of Israel. 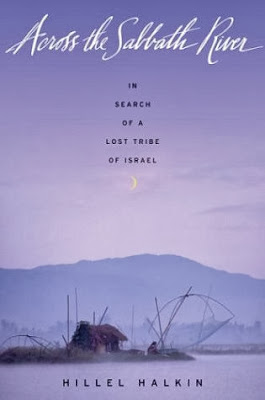 [Also, for those who are wondering, yes, this blog is tied in with a forthcoming book, a sort of encyclopedic atlas to be published by Auslander and Fox under the title Let’s Split! A Complete Guide to Separatist Movements, Independence Struggles, Breakaway Republics, Rebel Provinces, Pseudostates, Puppet States, Tribal Fiefdoms, Micronations, and Do-It-Yourself Countries, from Chiapas to Chechnya and Tibet to Texas.  Look for it some time in 2014.  I will be keeping readers posted of further publication news.]
Posted by Chris Roth at 2:13 PM