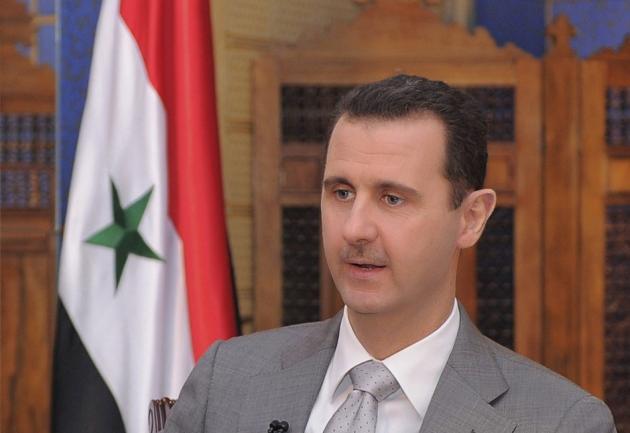 In the “strange bedfellows” department, the embattled dictatorship in Syria—which in the past has rarely felt that it needed Israeli permission for anything, whether it was funding Hezbollah in Lebanon, harboring Palestinian militants, or continuing to claim the Golan Heights—has, it turned out, gone to the Israeli government hat in hand recently to ask its support for setting up a post-civil-war “rump state” in the coastal area of the country. 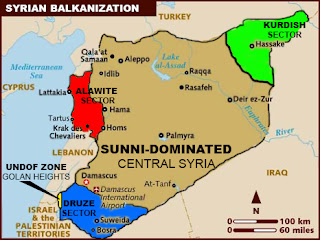 This was revealed earlier this week by the English newspaper the Guardian, which reported that Syria’s dictator, Bashar al-Assad, had asked an unnamed diplomat “to approach the former Israeli foreign minister, Avigdor Lieberman, late last year with a request that Israel not stand in the way of attempts to form an Alawite state, which could have meant moving some displaced communities into the Golan Heights area.”  (At the end of last year, I listed Syrian Alawites as one of “10 Separatist Movements to Watch in 2013.”) 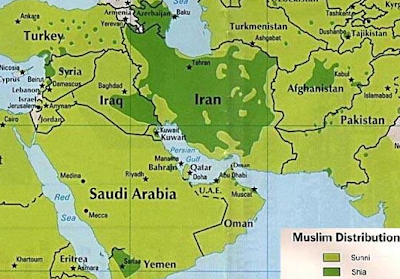 Alawites, who are Arab, practice a form of Shi’a Islam and make up about 12% of Syria’s population, but after the humiliation of defeat by Israel in the Arab–Israeli War of 1967, Hafez al-Assad, the current dictator’s father, deposed the Ba’athist Arab-nationalist regime that represented the just-over-two-thirds of the country that is Sunni Arab and made his own Alawite community into the political élite.  The Alawite version of Islam, though secular and liberal by many standards, is Shiite nonetheless, thus putting Assad’s Syria in an axis of fiercely anti-Western Shiite régimes that include Iran and Lebanon’s Hezbollah, as well as radical Shiite Arabs in southern Iraq who have recently found themselves part of the political majority.  The Syrian civil war which began in 2011 began as largely political until it drew an influx of Salafist Sunni fighters.  Many of them sympathetic are foreign fighters sympathetic to al-Qaeda, they tend to regard Shiism in general and the Alawite in particular as heresy, and they have become a prominent part of the opposition.  That, more than anything else, has helped sectarianize the Syrian conflict.  It is now one of the fronts in the wider historical conflict between Shiites and Sunnis that has become a feature of the recent rise of Islamist politics—along with Lebanon, Yemen, Bahrain, and of course Iraq.  There seems no way that Muslim Brotherhood or Salafist elements would not demand, and probably get, a prominent role in a post-Assad régime.

After the Ottoman Empire was dismantled at the close of the First World War, the League of Nations put France in charge of some of the empire’s Arab territories, including what are now Syria and Lebanon.  This was by far the most religiously and ethnically diverse part of the Arab world, and the French strove to avert conflict by dividing French Syria into, among other divisions, separate zones for Druze (Jabal Druze), Maronite Catholics (what is now Lebanon), and Alawites (the Alawite State).  (North of the Alawite area was the Sanjak of Alexandretta, with a mixed Arab and Armenian population, which was later snatched by Turkey.)  When Syria became independent in 1946 in its present borders, strong protections for minorities were in place as the formerly quasi-autonomous Alawite State became today’s provinces of Tartous and Latakia, which include all of Syria’s small coastline and are separated from the rest of Syria by high mountains. 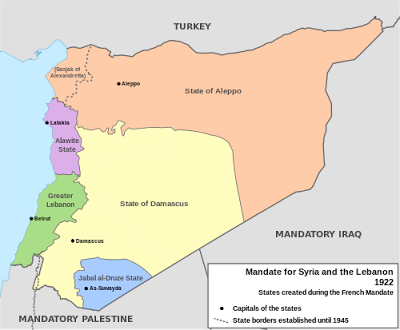 It is no secret that Assad, for all his bluster, is making contingency plans for possible rebel victory in Damascus, other major cities, and the vast center and east of the country.  Observers have noted what appear to have been attempts to create a régime-controlled corridor between the Alawite region and centers of régime control in the interior.  And tensions in the Alawite region have risen dramatically.  This has been, for obvious reasons, the least rebellious part of the country, but there have been reports of attempted pogroms of Alawites by Salafist Sunnis.  Other Sunnis are fleeing the area for points east or abroad, despite the fact that is the area least affected by the war.

But why would Assad expect Israel to protect an Alawite redoubt or give a green light to an independent Alawite State?  The answer is probably because, although Israel and the Assad régime are historical enemies, Israel has even less affection for the radical Sunni Islamists that would be likely to replace Assad in Damascus.  They would, in their foreign policy, perhaps more resemble the Ba’athists that joined the alliance to destroy Israel in the 1960s.  Moreover, a post-Assad régime in Damascus would also have links to the Muslim Brotherhood, the broad Sunni movement whose brief rule in Egypt from 2011 until this summer seriously destabilized the Sinai Peninsula and Gaza Strip on Israel’s Western flank by turning away from the uneasy détente of the Mubarak years.  Salafists running Damascus might turn the Golan Heights—Syrian (actually, mostly Druze) territory which Israel has occupied since the 1967 war—into a new flashpoint.  No one wants that, except for the wackos who increasingly feature prominently in the armed Syrian opposition.

Assad is, as the saying goes, the devil Israel knows.  If Israel gives a blessing to an Alawite State, it would deny post-Assad Syria a coastline and would provide the Alawites with a place where they can rebuild, regroup, and perhaps one day take back the rest of the country.  (That seems especially possible after Egypt’s recent counter-revolution.)  But what of the fact that Western countries, including the United States, the United Kingdom, France, and the European Union generally, are dead against Assad, to the point where even radical Salafists seem like worthy allies of the moment?  Well, that is one of the biggest divides in foreign policy between Israel and its closest ally, the U.S., lately.  Israel wants Assad to stay, even if it is in a tiny breakaway state, and, though Washington is wary, when it comes to its immediate neighborhood Israel usually gets its way without much complaint from the White House.  Turkey can be expected to fight tooth and nail to prevent an Alawite State, so it could get interesting.

The good news is that Israel may convince the U.S. to support and nurture the West Kurdistan Autonomous Region in northern Syria.  The bad news is that we might have Bashar al-Assad to kick around for quite a while yet.  But only maybe: no word yet on whether Israel is willing to go along with an Alawite State just yet.  Everyone’s still watching to see how the rest of the civil war plays out.

[Also, for those who are wondering, yes, this blog is tied in with a forthcoming book, a sort of encyclopedic atlas to be published by Auslander and Fox under the title Let’s Split! A Complete Guide to Separatist Movements, Independence Struggles, Breakaway Republics, Rebel Provinces, Pseudostates, Puppet States, Tribal Fiefdoms, Micronations, and Do-It-Yourself Countries, from Chiapas to Chechnya and Tibet to Texas.  Look for it some time in 2013.  I will be keeping readers posted of further publication news.]
Posted by Chris Roth at 6:55 AM