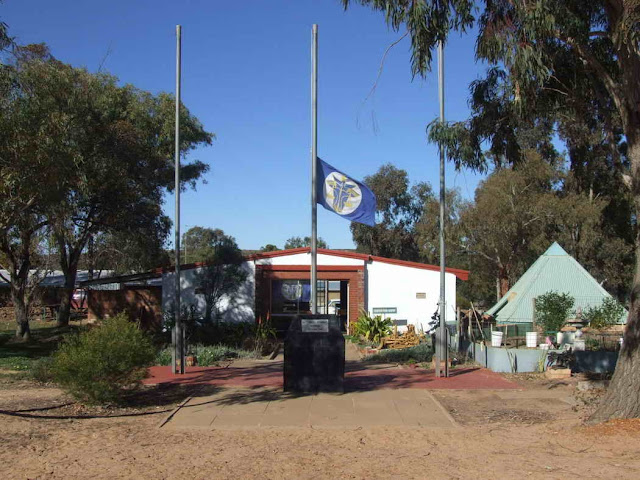 Her Royal Highness Princess Shirley of Hutt, who passed away at the age of 84 on July 7th, may not have enjoyed international recognition as consort to the monarch of a 75-square-mile independent state in the Western Australia outback, but residents of Kilkenny, in the Republic of Ireland, have identified her as one of their own and as a descendant of the Earls of Ormonde.

The late princess, who was born in Fremantle, near Perth, and whose commoner name had been Shirley Casley, even had the maiden name Butler.  Avocational genealogists in Kilkenny, who spotted her obituary in an Australian newspaper, are linking her to James Butler, 1st Earl of Ormonde, who died in County Kilkenny in 1338—shortly after an invasion of Ireland by Scotland’s Edward of Bruce and an ensuing famine, and 10 years before the arrival of the “Black Death” (bubonic plague) to the Emerald Isle.

The Principality of Hutt River formally seceded from Australia in 1970, as a glorified wheat farm with the name Province of Hutt River.  Its founder, Leonard Casley, eventually styled himself Prince Leonard I and pledged loyalty to Queen Elizabeth II, invoking Australian legislation which puts sovereigns beyond the reach of the law.  The government in Canberra has never acknowledged Hutt River’s sovereignty but has never contested it either.  The approximately 220 residents—almost all of them, other than the Casley family, Aboriginal people of the Noongar ethnic group—are allowed to avoid taxes, exempt themselves from Australian laws, and issue their own postage stamps and currency. 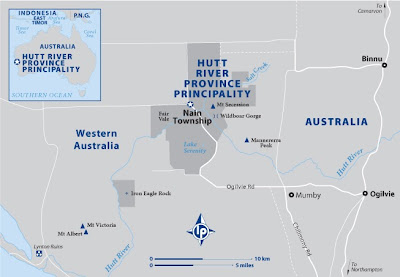 In addition to Princess of Hutt, the late Shirley also held the titles Dame of the Rose of Sharon, Patron and Chair of the Red Cross of Hutt, and Colonel-in-Chief of the Royal Hutt River Legion.  The prince and princess’s nine children include Crown Prince Ian (who is also Prime Minister); Wayne, 1st Duke of Nain; Richard, 1st Duke of Carmel; and Graeme, Duke of Gilboa.