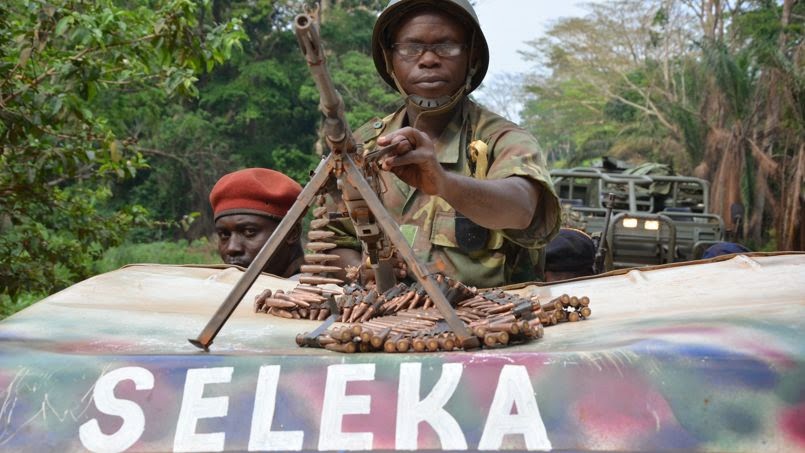 A few months ago in this blog, I reported on a nascent ambition among the Central African Republic’s beleaguered Muslims to split away as a separate independent country.

The C.A.R. was not always on the list of countries straddling Africa’s Christian–Muslim divide plagued by militant separatism, a list that has included Nigeria, Kenya, Côte d’Ivoire (Ivory Coast), and the recently-partitioned Sudan.  But in 2012 a civil war broke out along the lines separating the 15% Muslim minority from the 80% Christian majority in France’s former landlocked colony.  (Since 35% are sometimes reported as “animist,” and since followers of tribal religions often belong to an organized religion as well, these figures are fairly approximate.)  Within months, Séléka, the Muslim umbrella coalition, deposed the Christian-dominated government in a coup d’état, but in just under a year, in January of this year, a Christian counter-coup turfed them out.  Reprisals have been particularly bloody, including massacres on a scale that has made some toy with the word genocide and even some fairly well documented instances of revenge cannibalism, including by a young “Muslim eater” nicknamed “Mad Dog.”

As in other civil wars, reprisals have forced the ethnic and religious boundaries on the ground to sharpen, as local minorities flee to areas where their own groups predominate.  For months now, Séléka has effectively sealed off the northern portion of the C.A.R. and is running it as a sort of de facto state, outside government control.  As one Muslim put it back in April, “The partition itself has already been done.  Now there only remains the declaration of independence.”

That may be coming.  General Mohamed Moussa Dhaffane, a Séléka delegate, said on July 22nd at a multi-party conference on the C.A.R. crisis in Brazzaville, Congo, that the only solution to the nation’s strife that can protect Muslims from pogroms is full independence. 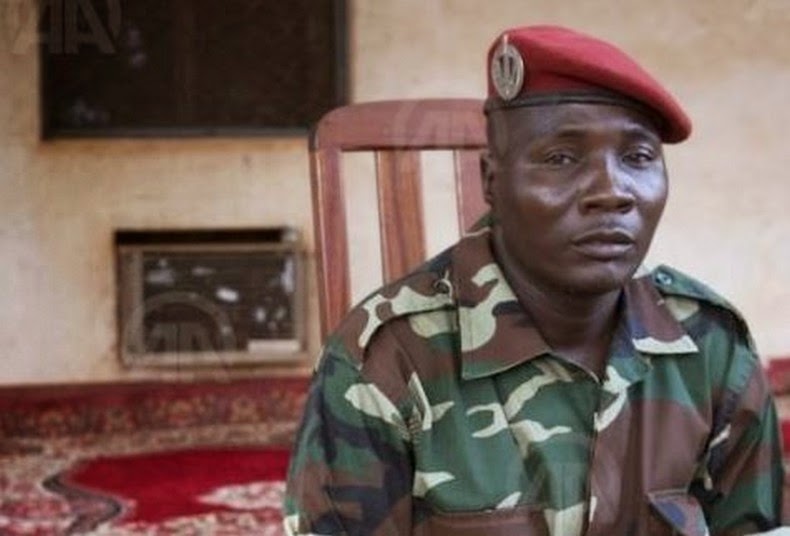 The Brazzaville summit had a more modest result, however.  All the participants went home with was a half-hearted cease-fire agreement between Séléka and the Christian–“animist” coalition called the “Anti-Balaka movement.”  Left unspecified was how such a cease-fire could be enforced in a country where no one is really in charge.  And shortly after the deal was announced, the Séléka leader Major-General Joseph Zoundeiko (pictured above), who had not attended the conference, told the B.B.C. that he rejected its terms and that his followers would not abide by it.  He demanded instead the immediate partition of the country. 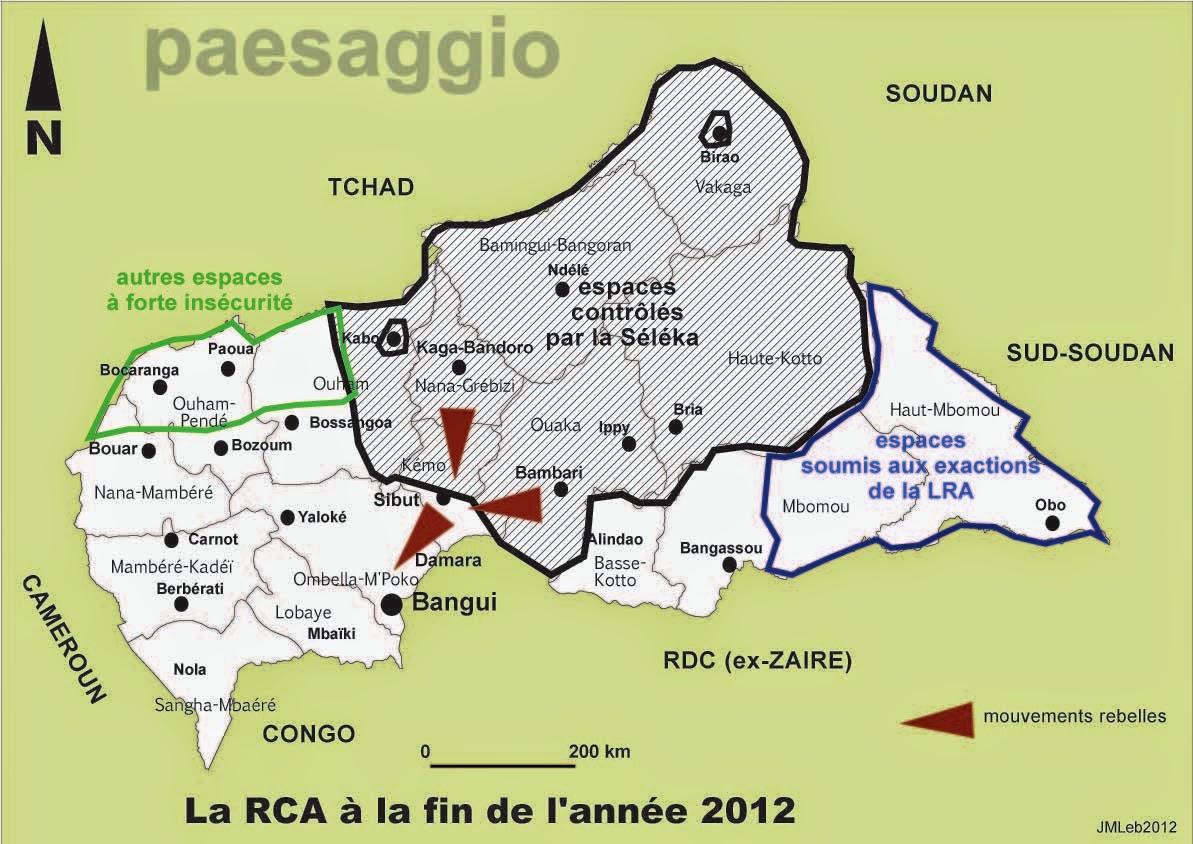 Some C.A.R. Muslims are saying that a full half of the country should become their new state, reflecting not their share of the population so much as the vast areas Séléka held at the height of the civil war (see map above).  Still unresolved, too, is what the new country would be called.  The rather uninspiring Republic of Northern Central Africa has been proposed; I suppose Sélékastan is a possibility as well.  In April, supporters of the idea were circulating a proposed flag, but I have not yet been able to track down such an image.

It is hard to imagine the international community ever sanctioning such a plan.  The Republic of South Sudan next door serving as an illustration of how dividing a country (in that case, the Republic of Sudan, partitioned with the United Nations’ blessing in 2011) between a Muslim north and Christian south can lead to previously unimaginable levels of misery and chaos.  Meanwhile, the United States and other Western countries fear that radical Islamist insurgencies in an arc stretching from northern Mali to northern Nigeria to Kenya and Somalia and Yemen are gradually making common cause with one another under what may eventually be an al-Qaeda banner.  And there is reason to fear that an “independent” state governed by an ill-disciplined rebel army in northern C.A.R. could allow that region to once again become a haven for Joseph Kony and his dreaded Lord’s Resistance Army (L.R.A.).

No, the international community, including even and especially the African Union (A.U.), remain steadfastly committed to making Africa’s European-drawn, colonial-era borders sacrosanct—no matter how much suffering ensues as a result. 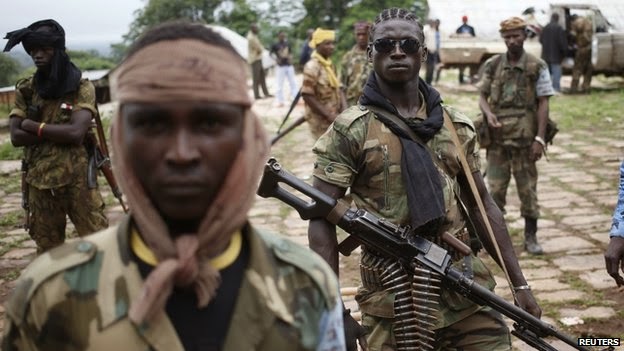