The Moment Burma’s Separatist Minorities Have Been Waiting for

Burma, known by its ruling junta as the Republic of the Union of Myanmar, has reached an historical moment like that of Eastern Europe in 1989: change is so massive and so abrupt that it is impossible to tell what will happen next, not just in the next few years but in the next few weeks.  Last month in this blog, I flagged Burma’s Karen minority as one of “Ten Separatist Movements to Watch in 2012,” and that at least is proving prescient, though everything I write here may be outdated or proven wrong within a month.

Changes had been afoot in Burma for a few years.  In 2010, Aung San Suu Kyi, Burma’s Nobel laureate opposition leader, was released from house arrest, following largely fraudulent “elections” which retained the deeply unpopular junta in power.  In late 2011, Barack Obama’s secretary of state, Hillary Rodham Clinton, began going public with negotiations for a détente between the West and the isolated regime.  Then, this month (January 2012), over 600 political prisoners were released unconditionally, diplomatic relations with the U.S. were restored, and a cease-fire was agreed between the government and the separatist Karen fighters in the southeast of the country, near the Thai border, ending what had been the world’s longest-standing armed conflict. 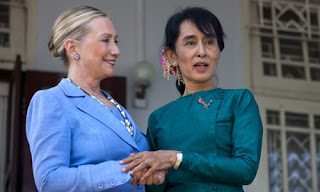 In terms of Realpolitik, this of course is part of the United States government’s overt agenda of going head to head with the People’s Republic of China for influence in East Asia, in military, political, and economic terms.  Most countries are happy to do business with China, but few can really be called its political allies.  During the first half of 2011, when I lived in China, there were only a handful of foreign governments which the Communist Party’s English-language newspaper China Daily unconditionally praised in editorials: Syria, Pakistan, Kazakhstan, Libya (then still under Moammar al-Qaddafi), North Korea, and Myanmar—all of them brutal authoritarian regimes and international pariah states (except for Pakistan, whose nukes are all that prevents it from being a pariah state).  I think Myanmar’s government has realized that this is not a foreign policy that is a way to tool itself for the new century.  It envies the rising prosperity, tourism, and serviceably warm Western relations enjoyed by neighboring countries like Thailand and even single-party (but capitalist) Vietnam.  As long as Burma has natural resources that Chinese corporations would like to plunder, China will never want to have it as an enemy, but being a close political ally of Beijing has few advantages for the regime in Rangoon.  The U.S., too, is eager to encircle China with countries that are more or less friendly to the U.S.  A stable, free-market, western-leaning Burma—or even a slightly less China-friendly one—would be a crucial link in a strategic chain that already includes Mongolia, South Korea, Japan, Taiwan, the Philippines, Thailand, and India. 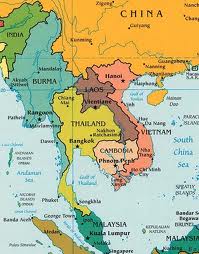 Though the road may be rocky—after all, they haven’t tried free, open multi-party elections yet—it is clear the direction Burma will now drift, and it is undoubtedly good for Burma, for the region, for the West, and for the world.  But it is Burma’s internal politics that are now in unpredictable flux. 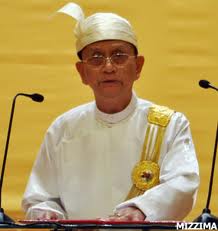 Burma is one of the more ethnically fractious countries in the world.  Before the British consolidated their control over what is now Burma in a series of wars leading up to full colonization in 1885, the area was home to several kingdoms with shifting borders over the centuries.  The Bamar or Burmese ethnic group, which accounts for two-thirds of the population, are descended from a migration from what is now Yunnan province in China about a thousand years ago.  Many of the minority groups in Burma have a longer history in the area and have never felt themselves to be “part of Burma.”  These include the Shan in east-central Burma (9% of the population), the Karen of Kayin state in southeastern Burma (7%), and the Kachin or Jingpo people, who make up only 1.5% of Burma’s population but whose eponymous state, in the far north of the country, is a vast region with agriculture, harvestable forests, jade production, and a massive Chinese-funded hydroelectric project which proceeds in fits and starts due to the ongoing civil war there between Kachin militias and the government.

When Burma became independent from the United Kingdom in 1948, it was supposed to be set up as a stable democracy, like neighboring India, but it proved difficult.  In the Panglong Agreement of 1948, the British and the new Burmese leader, Aung San (father of Aung San Suu Kyi), agreed to establish the Karen, Shan, Kachin, and others in autonomous regions where their nationhood would be recognized within a federated “Union of Burma.”  The Karenni or Red Karen (often considered distinct from other Karen) and Shan were offered eventual right of secession.  The small and impoverished Chin ethnic group of the northwest border area had no interest in going it alone and merely asked for their own autonomous region.   The Kachin, small in number, got not even that, and independence led to an ongoing separatist insurgency in the far north.  The Kachin’s many grievances include the establishment of Buddhism as the state religion while only a minority of Kachin are Buddhist (a slight majority are Christian, and most of the rest follow local religions).  The Karen, who felt slighted by the British, sat out of the negotiations and got nothing.  The Shan and Karenni never got their promised referenda, either.  Overall, they ended up only with administrative divisions named after their ethnic groups (the Karen in Kayin state, the Karenni in Kayah) in a uniformly authoritarian state with one central authority.

The Karen, of these groups, has a powerful public-relations presence in the West which had played a major role in the West’s continuing diplomatic isolation of the Myanmar junta.  Because of this, the Karen cease-fire has been big news, and is being used by the U.S. State Department to demonstrate a loosening of the junta’s grip and a general democratization and demilitarization of Burmese society (analogous in some ways to public representations of the Oromo cease-fire in Ethiopia, as I discussed here recently). 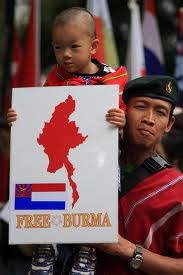 Protesters’ sign displaying the flag of the Karen National Union

But behind the handshakes and the warm words, the junta has been intensifying its brutal war against Shan and especially Kachin civilians in recent weeks, as reported in the New York Times and elsewhere.  My guess is that this is the Myanmar government sending a message to Beijing: “Don’t worry.  We may be warming to the West and devolving some rights to some minorities, but we’ll never let Shan and Kachin rebels impede your rape of their forests and your flooding of their valleys.” 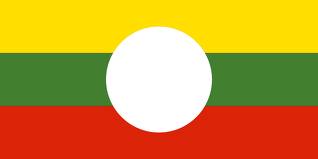 The flag of Shan State

Meanwhile, there is suddenly more cooperation between Burma and India on separatists in their shared border region.  The Myanmar and Indian governments agreed this week to cooperate in rooting out Naga and Assamese separatist rebels hiding in Burma as well as Burmese Chin and other rebels hiding in India (though the former is a more common phenomenon).  And today (January 24, 2012), in India, a ceremonial cease-fire involving more than 700 rebels in India’s northeast seems to be the fruits of this agreement.  So the Indian government is clearly a party to the behind-the-scenes deals with Myanmar and the West over the minorities issue in the region.

It is not a stretch to observe the diplomatic machinations of the past couple weeks and conclude that the Karen are at the negotiating table with the U.S. and Burmese governments mainly because their making peace with a liberalizing government has to be a part of any international perception that Burma has turned a corner and deserves to be re-embraced as a good global citizen.  If the Karen are savvy (and they are) and if they still want independence (and that may well end up being decided after they see how liberal Burma is really becoming), then they may eventually get more autonomy and maybe even a separate state (which they would like to call Kawthoolei).  After all, also in recent months, the U.S.’s midwifing of a new Republic of South Sudan has been a successful power play that has further isolated (north) Sudan and may be pushing the Somalia war to a satisfying end-game.  If an independent Karen republic is what it takes to woo Burma away from China’s sphere of political influence, the U.S. will see that as a small price to pay.  A new Karen state would probably be a loyal U.S. ally.  But Burma’s rapprochement with the U.S. may prove to be at the cost of their long-suffering northern minorities and their lands.

The current flag of the Republic of the Union of Myanmar