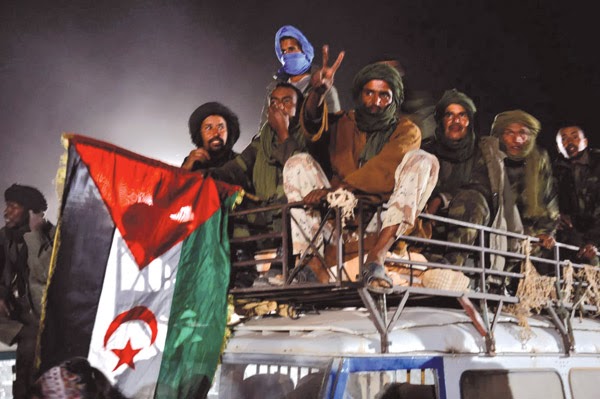 The Republic of Paraguay’s Ministry for Foreign Affairs announced on January 3rd that the country is withdrawing its diplomatic recognition of the Sahrawi Arab Democratic Republic (S.A.D.R.), also known as Western Sahara, a former Spanish colony now mostly living under the brutal occupation of the Kingdom of Morocco.  It was a further blow to the S.A.D.R.’s governing body, the Polisario Front, the rebel militia which controls the Sahrawi quasi-state behind the vast, Moroccan-constructed sand walls that bisect the territory.  Late last year, Panama and Haiti withdrew their recognition as well (as reported at the time in this blog), leaving the number of countries exchanging ambassadors with the S.A.D.R. at 48, now dipping just under a quarter of United Nations member-states.

Spain withdrew from the Spanish Sahara in 1976 through a negotiated deal that gave the northern two-thirds of the colony to Morocco and the rest to Mauritania.  But Morocco swept in and occupied the entire territory, leaving the indigenous Sahrawi people to organize militarily to defend their right to govern themselves; the S.A.D.R. declared independence that year.  Since then, the question of whether to recognize the S.A.D.R. has mostly been a diplomatic tussle between those countries that side with Morocco and those, led by Algeria and Libya, who regard Morocco as too Western-leaning and side with the (“black,” non-Arab) Sahrawi people.  Now that Libya’s Moammar al-Qaddafi has been toppled and replaced by a shaky, but distinctly Western-leaning regime, Algeria remains the biggest proponent of S.A.D.R. recognition.  Algeria also hosts the vast Sahrawi refugee camp at Tindouf.  Most of Africa, much of Latin America, and parts of Asia recognize the S.A.D.R., but no states in Europe or in the Anglophone world outside Africa do.  The African Union (A.U.) and Organization of African Unity (O.A.U.) have welcomed the S.A.D.R. as a member, but the Arab League sides with Morocco.  Indeed, the dispute has become a proxy battle between the Arab and sub-Saharan African worlds and on the concept of colonialism within Africa.  In past years, no fewer than 39 states have made the same move that Paraguay has just done, withdrawing recognition—among them India, Vietnam, Colombia, Sudan, and Kenya.

Another factor in the decline of the S.A.D.R.’s clout has been the Arab Spring revolutions that began in 2011.  Not only did Morocco’s monarchy, unlike Qaddafi’s régime, deftly ride through the unrest unscathed, but the gradually entrenchment of a terrorist network in North Africa’s central Sahel region seems, in the eyes of Western analysts, to implicate the Polisario Front in a web of cooperation that also includes the Islamist militia Ansar al-Dine which occupied northern Mali for much of last year, their partners al-Qaeda in the Islamic Maghreb (A.Q.I.M.) and Algeria’s Movement for Unity and Jihad in West Africa (MUJAO), the Ansar al-Sharia militia vying for control of the largely lawless interior of Libya, and northern Nigeria’s terrorist army Boko Haram.  Such ties do exist, but Sahrawi people would not be resorting to such alliances and assistance if the international community recognized their legitimate aspirations. 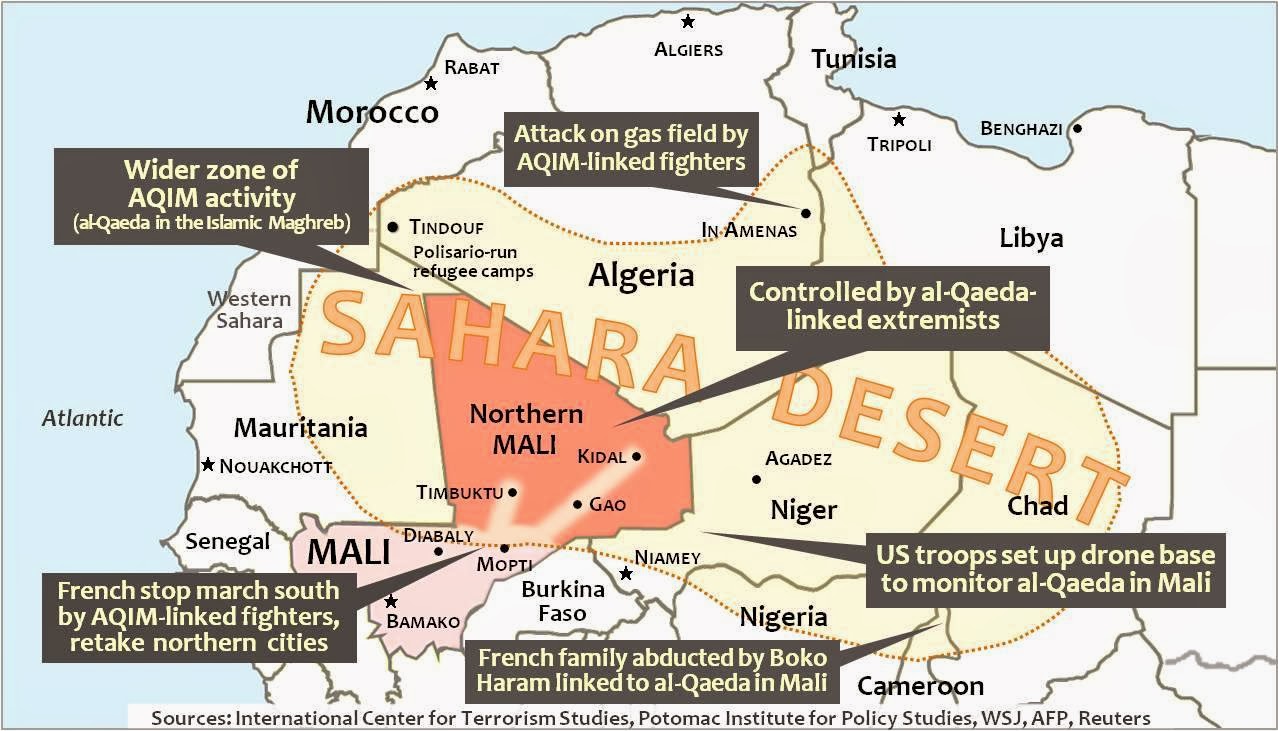 That leaves the Sahrawi people in an even weaker position in the ongoing, glacially-paced U.N. negotiations over Western Sahara’s status.  Perhaps if Western nations stepped up to the plate, set aside their cosy relationship with Morocco’s corrupt king, and recognized the S.A.D.R., then they could save the brutalized Sahrawi people, and help save Africa too.  But don’t count on it. 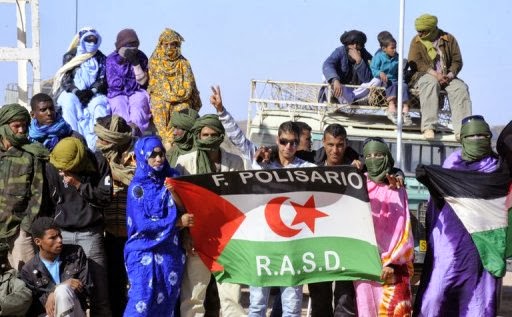 [For those who are wondering, yes, this blog is tied in with a forthcoming book, a sort of encyclopedic atlas to be published by Auslander and Fox under the title Let’s Split! A Complete Guide to Separatist Movements, Independence Struggles, Breakaway Republics, Rebel Provinces, Pseudostates, Puppet States, Tribal Fiefdoms, Micronations, and Do-It-Yourself Countries, from Chiapas to Chechnya and Tibet to Texas.  Look for it some time in 2014.  I will be keeping readers posted of further publication news.]
Posted by Chris Roth at 1:42 PM