Will Siberia Become the 51st State—or Maybe 51 through 77?

You know you’re in trouble when Pravda is your only source on a story.  So I am taking with a grain of salt the report by the paper, on December 28th, 2011, that there is a movement afoot to separate Siberia from the Russian Federation and make it part of the United States of America.  (Siberia is not a political unit; it is the term used for the parts of Russia that are in Asia, east of the Ural Mountains.) 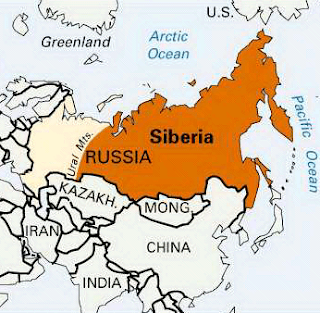 The story does not seem to be corroborated by any other source.  The only concrete reference in the article is to one Vladimir Kiselyov, age 37, of Mezhdurechensk in southwestern Siberia’s Kemerovo Oblast, who supposedly started up a group on Facebook promoting the idea.  The Pravda article then connects this very tendentiously to the idea put forth by Zbigniew Brzezhinski, President Jimmy Carter’s national-security advisor (and one of the architects of the now-decades-old Afghanistan mess), for a “new commonwealth from Vancouver to Vladivostok.”  (Look at a map, though; that just indicates a vast swath of the Pacific.) 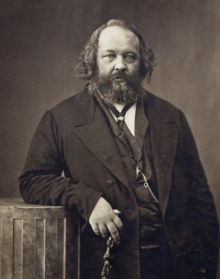 In fact, however, Mikhail Bakunin, the Russian anarchist thinker, proposed an independent democratic Siberia in the 1860s and dreamed of it allying itself with the United States as a way of spreading democracy through Asia and to Russia from the east.  During the 1917-18 Russian Civil War that became the Revolution, Mensheviks declared an independent Siberia in Irkutsk, and adopted a diagonal green-and-white bicolor as their flag, but it was a short-lived idea, and the Bolsheviks gradually brought all of Siberia under a unitary state based in Moscow.  It is not unlikely that the Mensheviks would have supported the idea of joining the U.S. 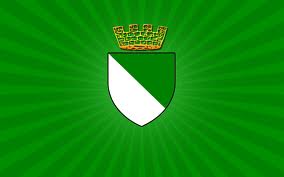 But that is all far in the past.  I can conclude only that this recent article (Pravda is no longer an official state newspaper, as it was in the Soviet period; in tone and accuracy it is somewhere between the New York Post and the Weekly World News) is a ham-fisted attempt to paint separatist movements in the Russian Federation as ridiculous.  This is a reasonable propaganda goal for supporters of Vladimir Putin, since the current “Russian Winter” people-power uprising against the government has the potential to reawaken regional separatist movements—in Siberia and elsewhere—that were encouraged early on by Boris Yeltsin (who told regional governors to “take as much autonomy as you can stand”) but then stomped on by Putin, most horrifically in his wars against Chechen separatists.  There are dormant separatist movements in many part of Siberia—in the Sakha Republic (a.k.a. Yakutia), Buryatia, and the Tuva Republic, among other places—but the autonomy movements of the 1990s did not include Siberian nationalism per se. 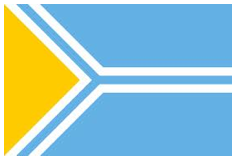 Flag of the Tuva Republic

Nor would the U.S. be terribly interested in annexing Siberia, I gather.  During Quebec’s last secessionist crisis, in 1995, there was talk of Canada’s Maritime provinces—which would have been geographically cut off by an independent Quebec from the rest of Anglophone Canada and its capital—joining the U.S., and even that was regarded as laughable precisely because the Maritimes were so economically depressed.  Why would the U.S. want four more West Virginias?  Siberia would be an even more ridiculous proposition, needless to say.

Russia would be smaller than Kazakhstan.  Just get your pointy head around that, Putin. 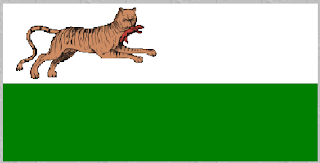 One of several unofficial flags of Siberia, though Siberians, on the whole,
tend to consider Siberia a region, not a nation.  Looks to me like a lynx
that’s got a hold of a mink, no?—or a minx that’s got hold of a link
... or something like that.

In terms of population, Siberia’s 40 million people, added to the U.S.’s 300-million-plus, would not change the U.S.’s current population ranking at no. 3, behind China and India, but it would dislodge Russia from its current no. 8 spot to no. 11, between Mexico and the Philippines.

If Siberia joined the U.S. as one state, it would be by far the largest state, and in fact would be considerably larger than all the other fifty states put together, and larger than any single country in the world.  More likely is that Siberia’s 27 (out of Russia’s total of 83) constituent “federal subjects”—the republics, autonomous regions, krais, oblasts, and okrugs that are its provinces and territories—would join the U.S. as separate states, for a total of 77.  This would create, for one thing, a flag question.  The red and white stripes would possibly end up alongside a slightly unfamiliar rectangle featuring an 11-by-7 grid of stars: 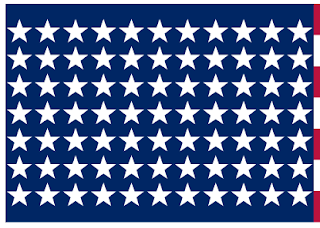 —unless one went with alternating lines, specifically five rows of nine alternating with four rows of eight, which looks more like our current flag: 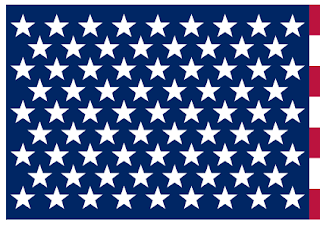 (See this article on the mathematician Skip Garibaldi’s attempt to come up with a formula for forming new star grids as new states join the union, and try this widget for generating flags for each number of states up to 100.)


Even better, Texas would no longer be the second-largest state, it would be ninth, after Sakha, Krasnoyarsk, Alaska, Tyumen Oblast, Khabarovsk Krai, Irkutsk Oblast, Yamalo-Nenets Autonomous Okrug, and Chukotka Autonomous Okrug.  Take that, Rick Perry! 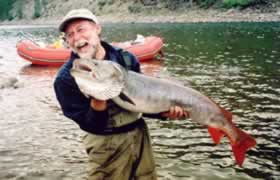 But perhaps oddest of all would be the situation of one of America’s 77 states being something called the Jewish Autonomous Oblast, a desolate, Maryland-sized scrap of land just to the north of China’s northern Manchurian wastes.  This forlorn place was Josef Stalin’s dumping ground for Russia’s Jews.  Today, only 1% of the population is Jewish, but the territory was never renamed. 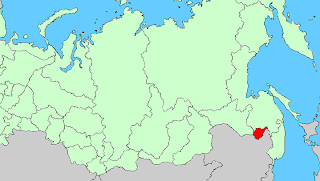 Location of the Jewish Autonomous Oblast

In this idle what-if exercise, one thing, however, is clear: the first thing Rick Santorum would do as President of a United States of America and Siberia is change the Jewish Autonomous Oblast’s current flag:

After all, there are the children to think about.